In support of Domestic Violence Awareness Month, Players on High at the Carlisle Theatre is presenting 2 nights of “Blackbird” by David Harrower. 50% of all funds from this donation-based event goes directly to support DVSCP. We hope you’ll consider attending this intense, raw, and moving blackbox theatre style staged reading. DVSCP’s Executive Director will be the post show keynote speaker.
“Blackbird” by David Harrower
Directed by: Catie M.O.
Featuring: Dave Lang & Ashley Byerts
When:  Thursday, October 6 at 7:00p.m. or Friday, October 7 at 7:00p.m.
Where: Carlisle Theatre, 40 W High St, Carlisle
Event Listing: https://fb.me/e/1Siqy3TNC
“This intense work was commissioned by the Edinburgh International Festival, where it received its world premiere. After years in prison and subsequent hardships, Ray, fifty-six, has a new identity and has made a new life for himself, thinking that he cannot be found. Una, twenty-seven, has thought of nothing else; upon seeing a photo of Ray in a magazine, she has arrived unannounced at his office. Guilt, rage, and raw emotions run high as they recollect the passionate relationship they had fifteen years ago, when she was twelve and he was forty. Without any moral judgments, the play never shies away from the brutal truth of this abandoned and unconventional love. Una is looking for answers, not vengeance. Nevertheless, the consequences are shattering.”
**Rated R | TW includes sexual abuse of a child, strong language, and raw descriptions of physical abuse. This is not suitable for children.** 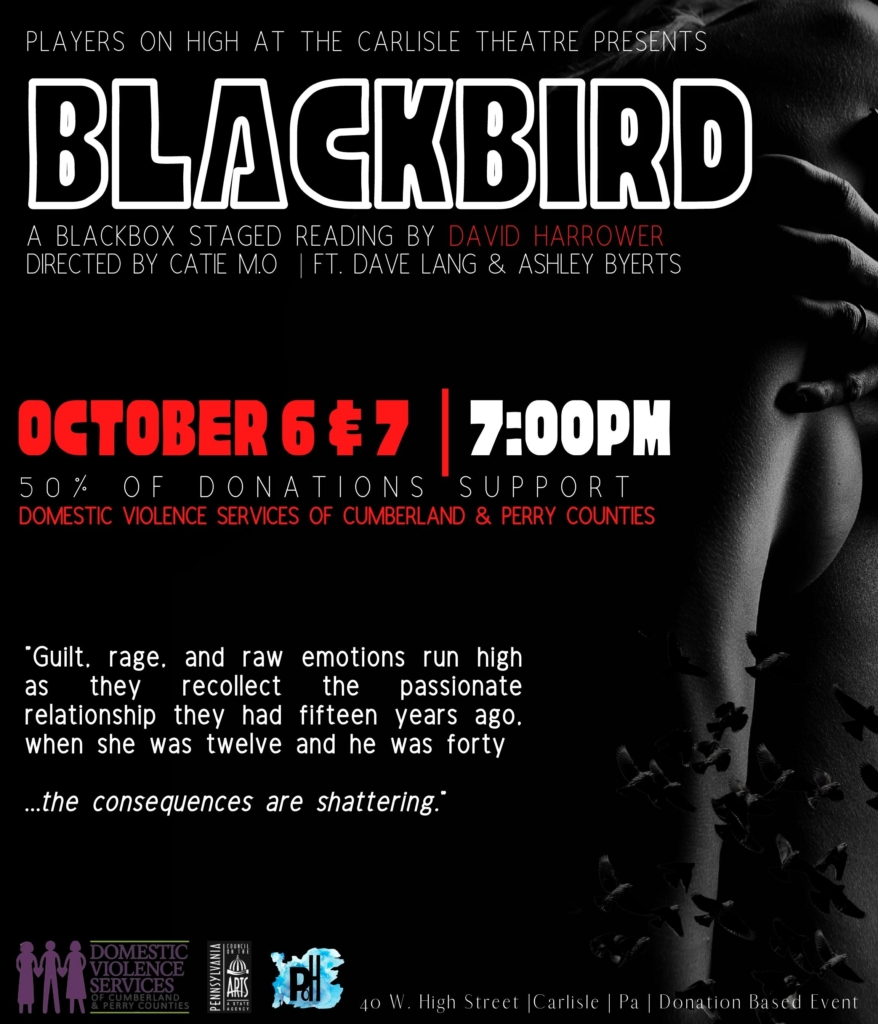