A 30 year perspective on DVSCP

A 30 year perspective on DVSCP

In October 1989, concerned citizens of Cumberland and Perry counties met with the Pennsylvania Coalition against Domestic Violence to create a community-based agency to battle domestic violence. A task force was formed. Volunteers were recruited throughout the community via newspaper articles and word of mouth, and the first 40-hour training session began on April 21, 1990.

On July 1, 1990 office space was acquired in downtown Carlisle and a satellite office was established in Perry County. On July 28 DVSCP officially began providing services as a counseling center with Executive Director Bonnie Fowler and a staff of three, and at 12:01 midnight the first crisis call was answered. Since then that 24-7 hotline assistance has been provided to more than 36,000 callers, and Barbara Kohutiak serves as the current Executive Director with her staff of seventeen.

On July 1, 1994 the doors opened on the first local emergency shelter and the first shelter guest was accepted at 12:30 p.m. More than 65,000 shelter days have been provided for adults and children since that day. The present shelter recently underwent a $100,000 capital improvement project as the staff continued to provide approximately 3,000 hours of counseling for adults and children annually.

For those of us who were involved as volunteers at the birth of this amazing agency it was impossible to foresee the number of lives it would impact and the growth it would experience in the years ahead.

In 1990 the general public knew very little about the scope and impact of domestic violence in our culture. Over the past 30 years DVSCP has been at the forefront of changing that picture. Thru DVSCP establishing partnerships with other like-minded agencies, and police forces, our community is much better informed and better able to recognize the signs of domestic violence today. Our police forces and members of the justice system are also better informed on how to best deal with domestic violence, having worked with DVSCP to establish a Lethality Assessment Protocol. And our Public Education Department reaches out to schools, organizations and workplaces to provide countless community education and prevention programs that are appropriate for their population.

Partnerships with MidPenn Legal Services and other pro-bono attorneys have enabled the agency to provide excellent legal and systems advocacy in obtaining PFA’s (Protection from Abuse Orders), accompanying clients to court proceedings and advocacy with the legal system. The AMEND self-supporting program established by DVSCP has helped hundreds of men through the 26-session educational program for men who abuse/batter their partners or others with whom they have a family relationship.

The agency also partners with like organizations and legislators to pass laws that support domestic violence victims. Longtime DVSCP supporter Senator Pat Vance spearheaded the effort on a landmark bill that prevents insurance companies from discriminating against victims of domestic violence. Similarly Representatives Sheryl Delozier and Senator Glenn Grell advocated with her for many years for the 2019 law which establishes that defendants who are subject to a final PFA order after a hearing before a judge must relinquish their firearms to law enforcement or another approved third party, such as an armory. In May 2020 the agency partnered with the Zonta Club of Harrisburg-Hershey when a law eliminating child marriage in PA was signed into law.

None of this outstanding progress would have happened over the past 30 years without the amazing energy and support of dedicated staff members, countless volunteers and a community that is modeled after the energizer bunny: it just keeps giving and giving.

While it is our fervent prayer that someday we can lock the door to the shelter, sadly in our current COVID daze, domestic violence is on the rise. As we move forward to provide solace, comfort and hope to DV victims, may we find real meaning in Helen Keller’s quote, “Alone we can do so little; together we can do so much.” You are the “together” in Helen Keller’s quote. Thank you in advance for your support which will ensure that DVSCP can continue to “do so much!”

Karen Shirey, Volunteer
DVSCP Treasurer and President of the Board
Fundraising Committee Member 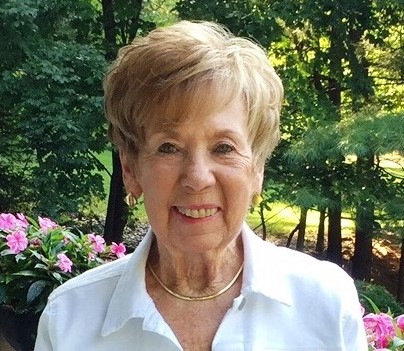